Vision: To cultivate and nurture Dhamma seed in our students and ultimately become HAPPY Buddhists
Mission: (1)To promote the practice of generosity, morality and Vipassana meditation. (2)To create an environment of loving kindness, compassion, sympathetic joy and equanimity

MBMC Dhamma School had organized a trip 2 weeks ago to bring students, together with parents to visit Bujang Valley Archaeological Museum. It is located at Merbok, Kedah. We departed at 9.00am 24.04.2012 Sunday with total about 40 people including Sayadaw.


It was a sunny day. We took about 1.5 hours to arrive the destination due to turning to the wrong exit from Utara-Selatan Highway. We arrived there around 10.50am.

The musuem is fully air-conditioning, just lack of experience tour guide to explain and lead us for a mini tour. The Bujang Valley is a having an area of approximately 224 square km. It is situated in north-west Malaysia between Gunung Jerai in the north and the Muda River in the south, it is the richest archaeological area in Malaysia.

Most of the archaeological finds are believed dated from 4th century. Finding display in the musuem include relics, inscribed stone, caskets and tablets, metal tools and ornaments, ceramics, pottery, inscriptions, Buddha Statues and Hindu icons. This has proved that Bujang Valley is the earliest civilization in South-East Asia. 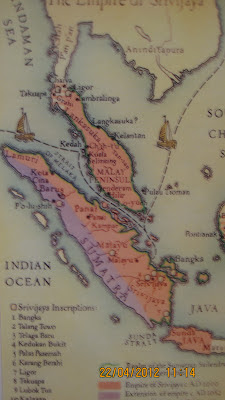 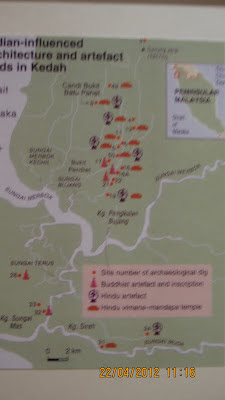 On the left shows Bujang Valley civilisation was part of the Srivijaya Empire. On the right, shows the landmark of total 33 archaeological sites.


After the sightseeing, we had our lunch at Bujang Valley. We prepared food dana to Sayadaw. Some of the devotees prepared ang paw to offer to Sayadaw.


This area consists of ruins that have been carbon dated to the 4th century. More than fifty ancient temples, called candi, have also been unearthed. The most impressive and well-preserved of these is located in Pengkalan Bujang.


At last, we took a group photo together with Sayadaw, students and parents before end the trip. 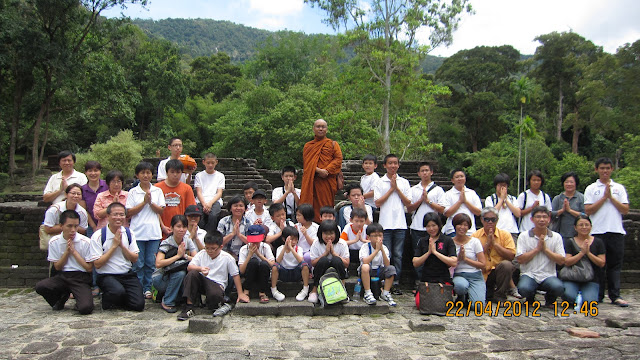 On the way back, we stopped by another new archaeological site 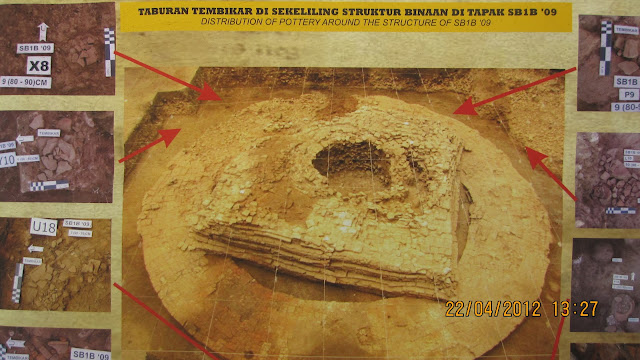 Finally, we reached MBMC about 3pm. Wish all of the participants had enjoyed the trip !

Email ThisBlogThis!Share to TwitterShare to FacebookShare to Pinterest
Labels: 2012 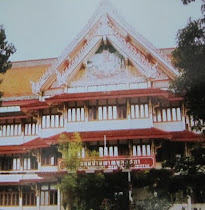